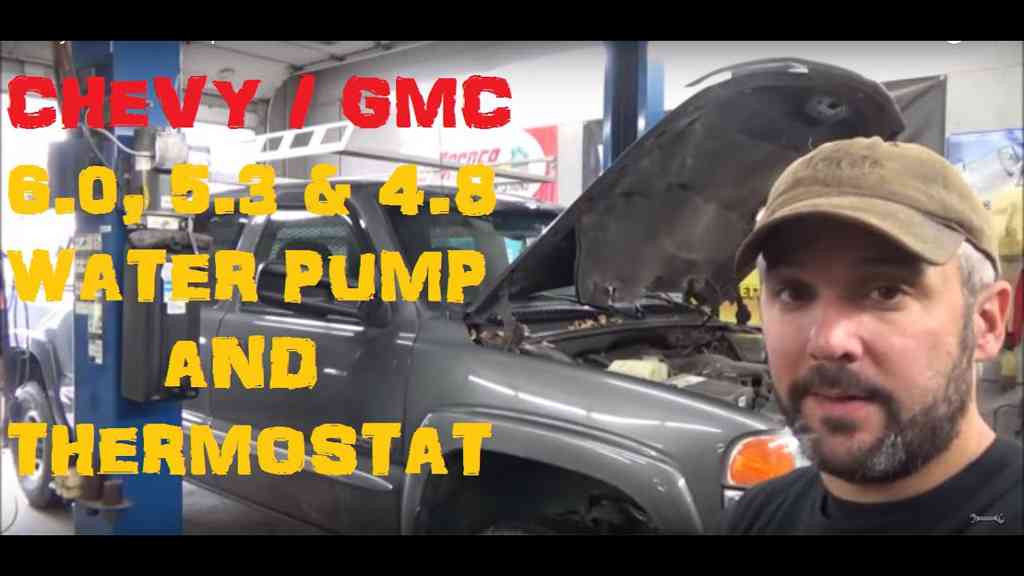 Pretty ordinary drama free water pump replacement here. But hey I didn't forget the brake clean 🙂 So stick around and see what it take to change out the water pump and thermostat on this 2002 GMC 2500HD equipped with the fuel efficient 6.0 liter.
Want hose clamp pliers like the ones I used in the video? Check out the new SMA A-Store: http://astore.amazon.com/httpswwwy0837-20
If an SMA Video has helped you out please consider giving using the "support" link on our YouTube home page. The videos take real time to create and pull us away from real work that pays our bills.
THANKS!
--Eric O.
WANT AN SMA STICKER OF YOUR OWN!?!
Simply send and E-mail to SMAstickers @outlook.com including: your shipping address and e-mail address in the text, I in turn will send you a paypal invoice for $5 each USA or $6 each international. Let me know how many you want and as soon as the paypal invoice is paid I will ship them out ASAP! Thanks for your support of our channel!!
--Eric & Vanessa O.
Feel like sending some swag to SMA because you love the videos but don't know where to send it?
Just ship it here:
South Main Auto Repair
47 S. Main St
PO Box 471
Avoca, NY 14809
Disclaimer:
Due to factors beyond the control of South Main Auto Repair, it cannot guarantee against unauthorized modifications of this information, or improper use of this information. South Main Auto Repair assumes no liability for property damage or injury incurred as a result of any of the information contained in this video. South Main Auto Repair recommends safe practices when working with power tools, automotive lifts, lifting tools, jack stands, electrical equipment, blunt instruments, chemicals, lubricants, or any other tools or equipment seen or implied in this video. Due to factors beyond the control of South Main Auto Repair, no information contained in this video shall create any express or implied warranty or guarantee of any particular result. Any injury, damage or loss that may result from improper use of these tools, equipment, or the information contained in this video is the sole responsibility of the user and not South Main Auto Repair.

Ford escape: customer threw in the towel – no start, no crank