Eric o. gets a comeback! 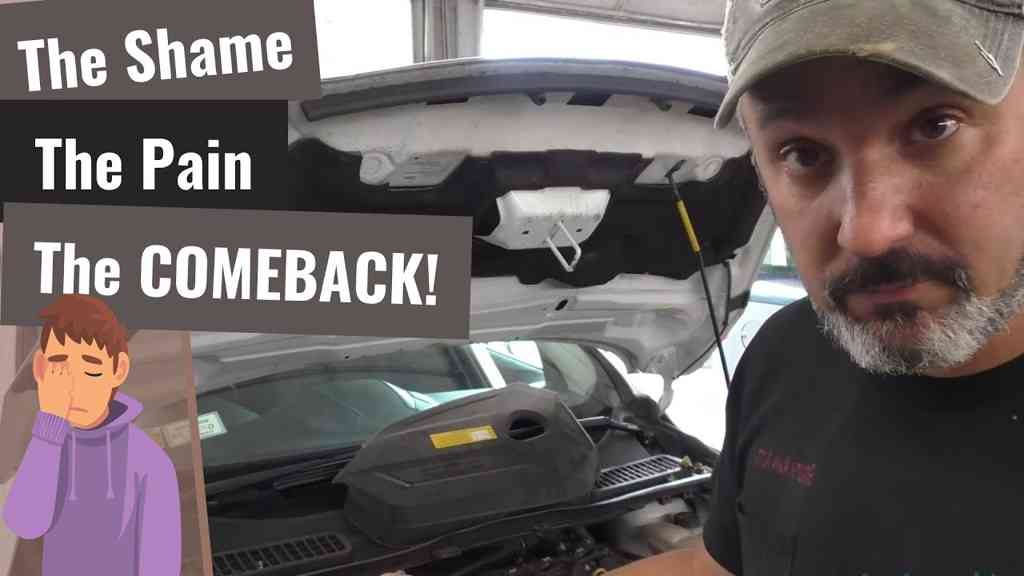 You heard it correct folks. I get a comeback. A TOWED IN COMEBACK! The worst of all comebacks 😥. This is every mechanics nightmare. We always try to do our best but it is inevitable that you WILL get a comeback if you do this long enough. The good news is, it wasn't totally my fault...kind of.
-Enjoy!
If an SMA Video has helped you out please consider giving using "Patreon" to help support us. The videos take real time to create and pull us away from real work that pays our bills. CLICK HERE: https://www.patreon.com/southmainauto
CHECK OUT OUR "SMA SWAG" STORE! Go on Teespring and get your very own SMA merch!
https://teespring.com/stores/the-sma-store
If you don't like Patreon feel free to use the "PayPal Me" link: https://www.paypal.me/SouthMainAuto
The South Main Auto Amazon Store:
https://www.amazon.com/shop/southmainautorepairavoca
AES Wave Automotive Diagnostic Tools: https://www.aeswave.com/cart.php?m=affiliate_go&affiliateID=2525b91fc8e906e8215984074c9d9e8f&go=https://www.aeswave.com/Miscellaneous-p9347.html
Thank you for all the continuing support!
--Eric & Vanessa O.
Feel like sending some swag to SMA because you love the videos but don't know where to send it?
Just ship it here:
South Main Auto Repair
47 S. Main St
PO Box 471
Avoca, NY 14809
Disclaimer:
Due to factors beyond the control of South Main Auto Repair, it cannot guarantee against unauthorized modifications of this information, or improper use of this information. South Main Auto Repair assumes no liability for property damage or injury incurred as a result of any of the information contained in this video. South Main Auto Repair recommends safe practices when working with power tools, automotive lifts, lifting tools, jack stands, electrical equipment, blunt instruments, chemicals, lubricants, or any other tools or equipment seen or implied in this video. Due to factors beyond the control of South Main Auto Repair, no information contained in this video shall create any express or implied warranty or guarantee of any particular result. Any injury, damage or loss that may result from improper use of these tools, equipment, or the information contained.